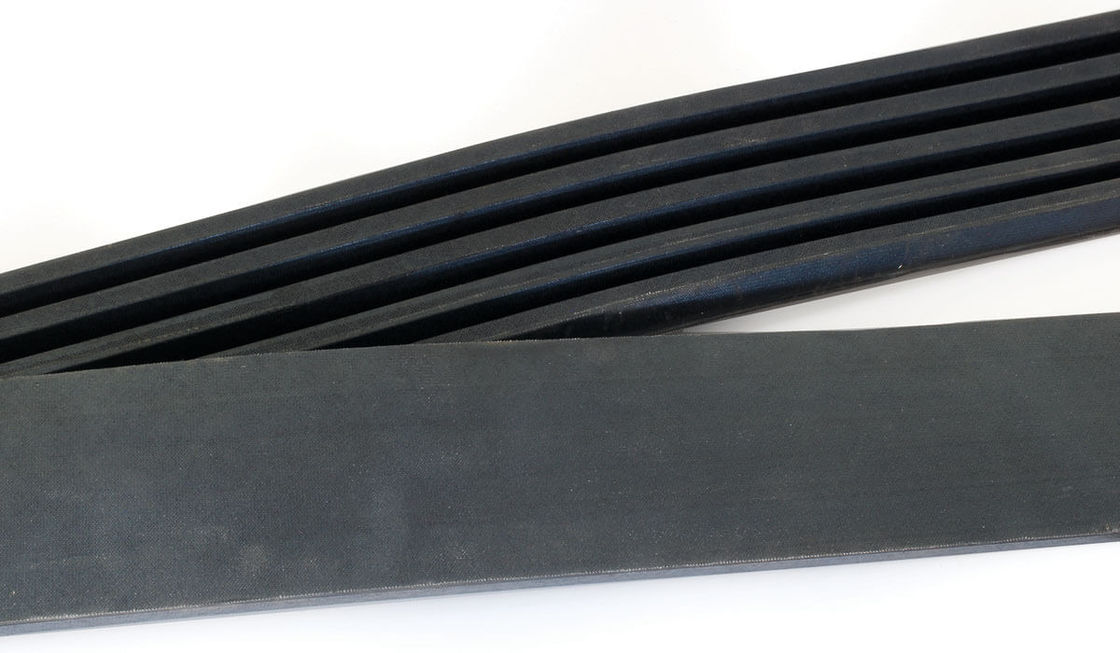 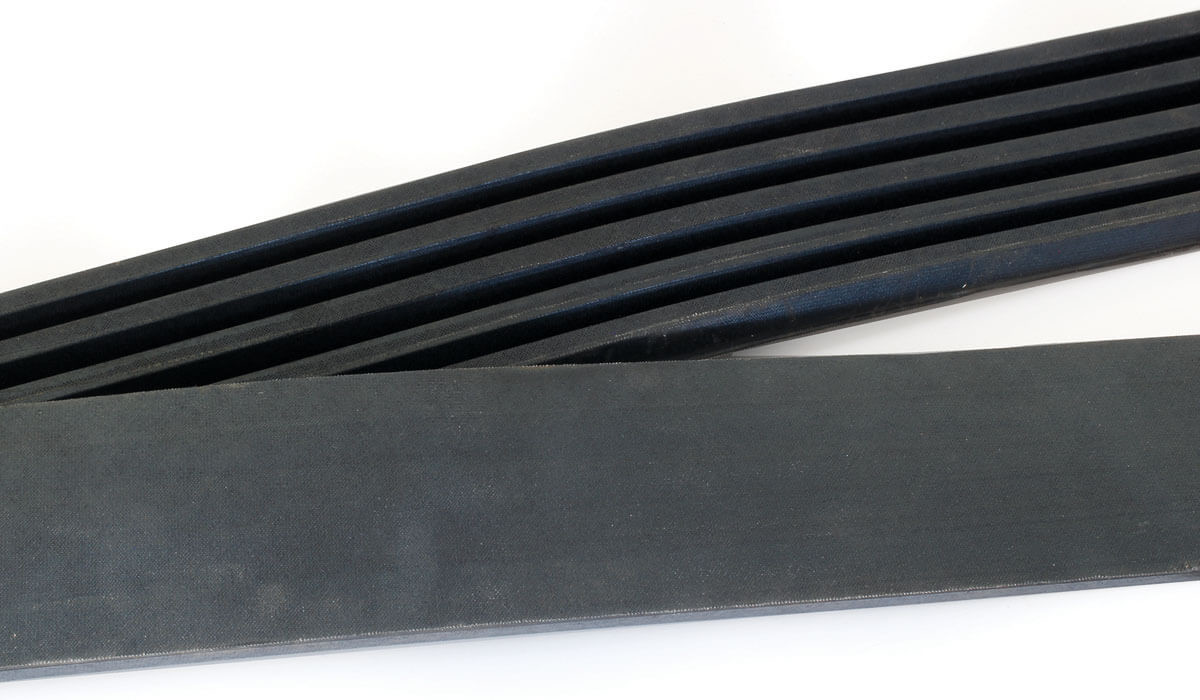 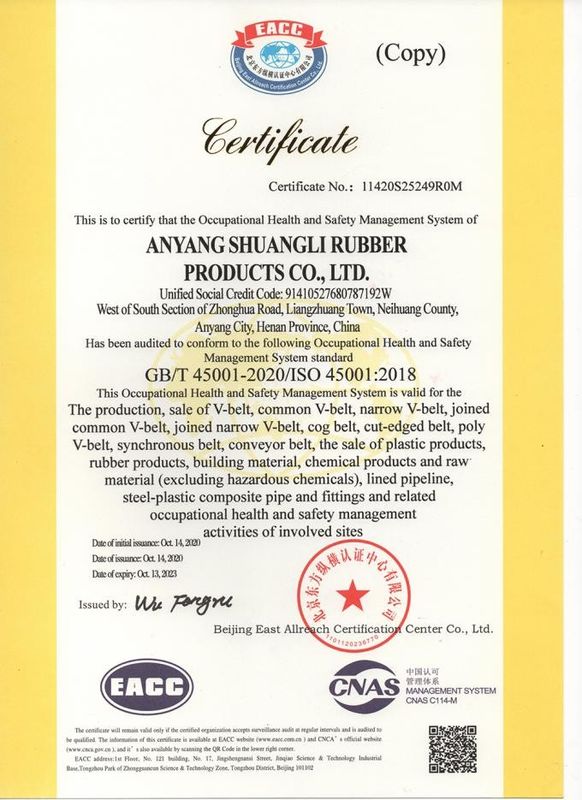 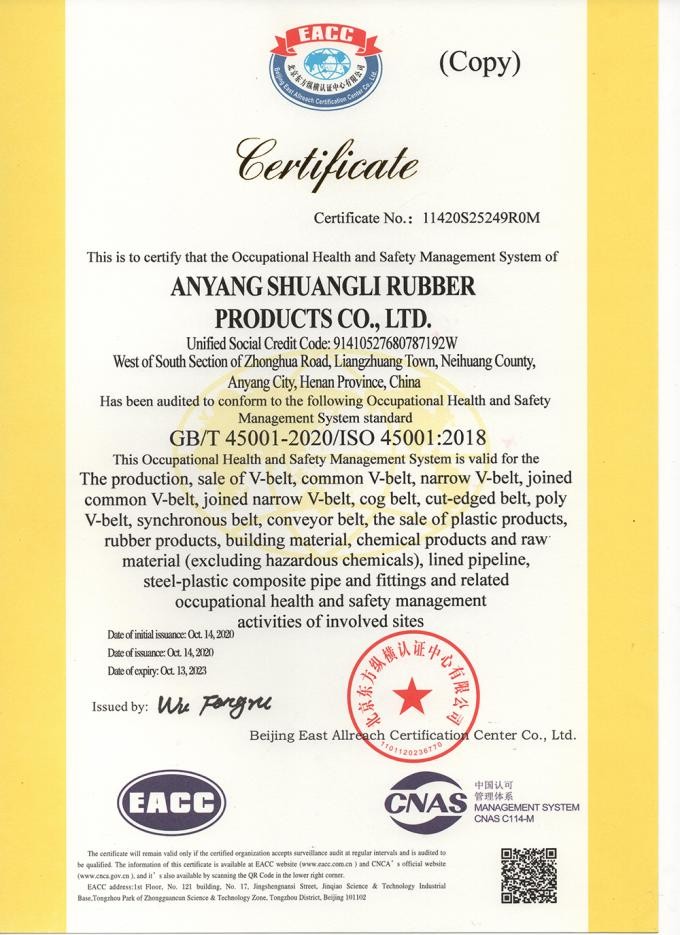 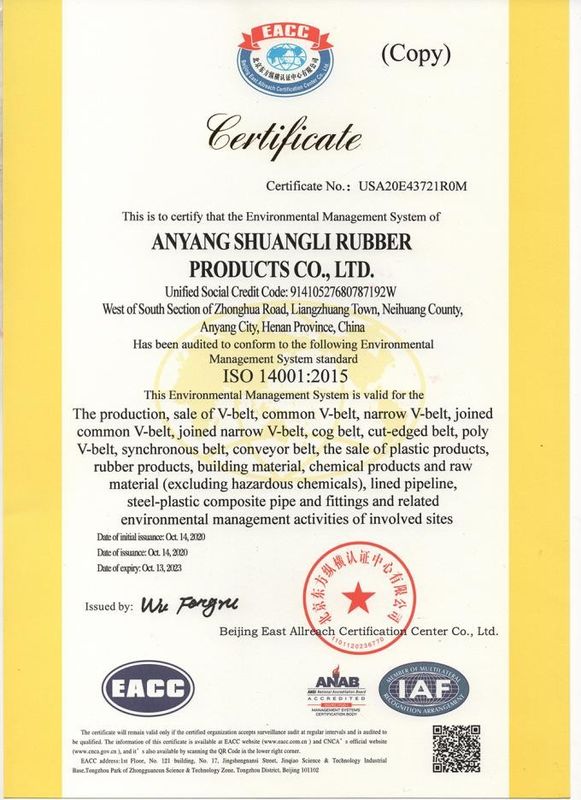 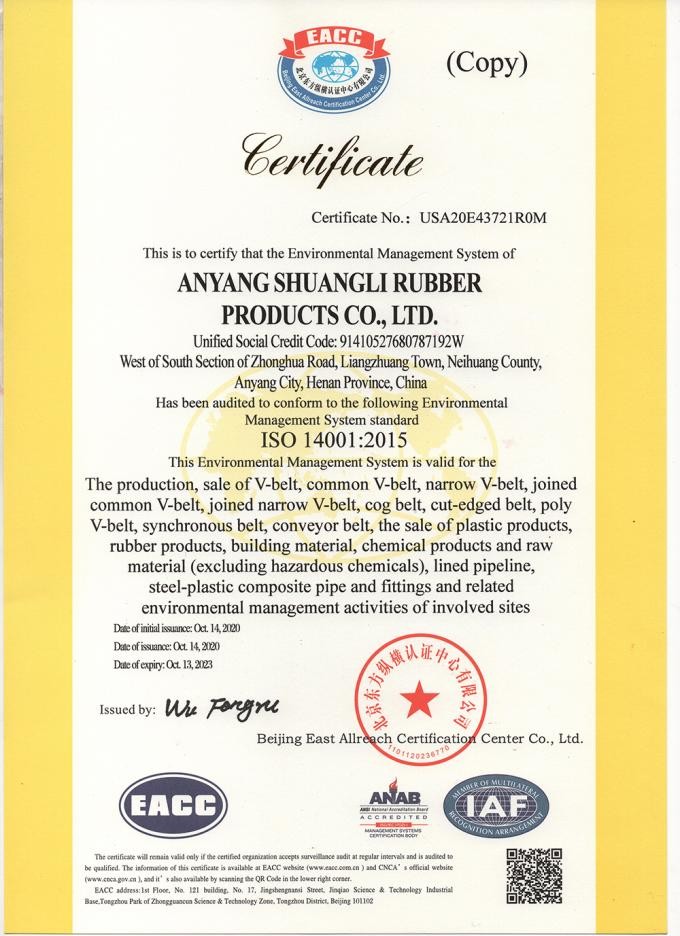 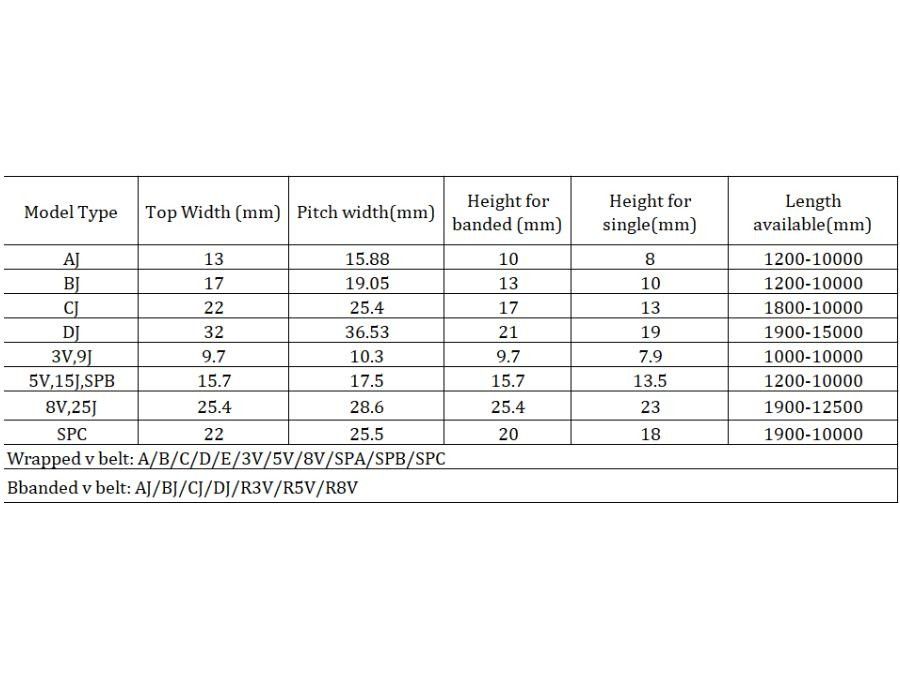 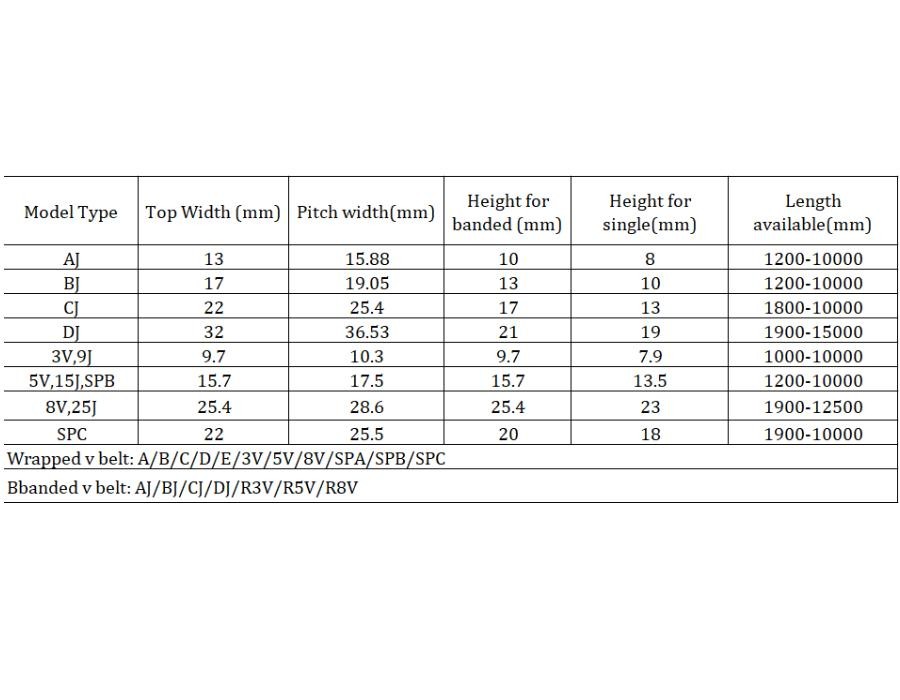 The triangle belt is made of natural rubber, the frame is made of polyester toughened brown silk, and the outer covering is made of Industrial cotton cloth, which is dipped and calendered.