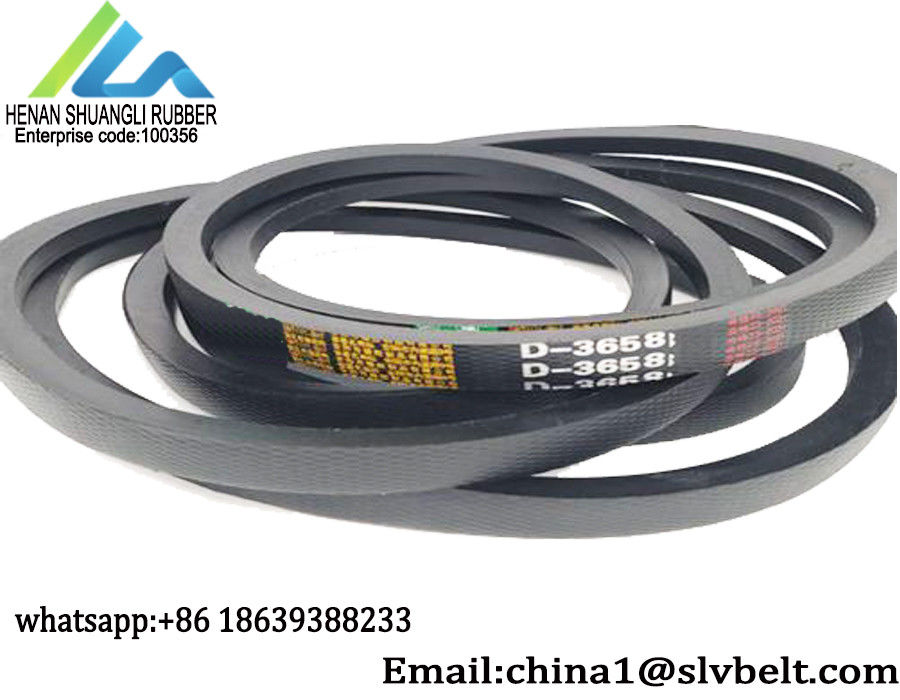 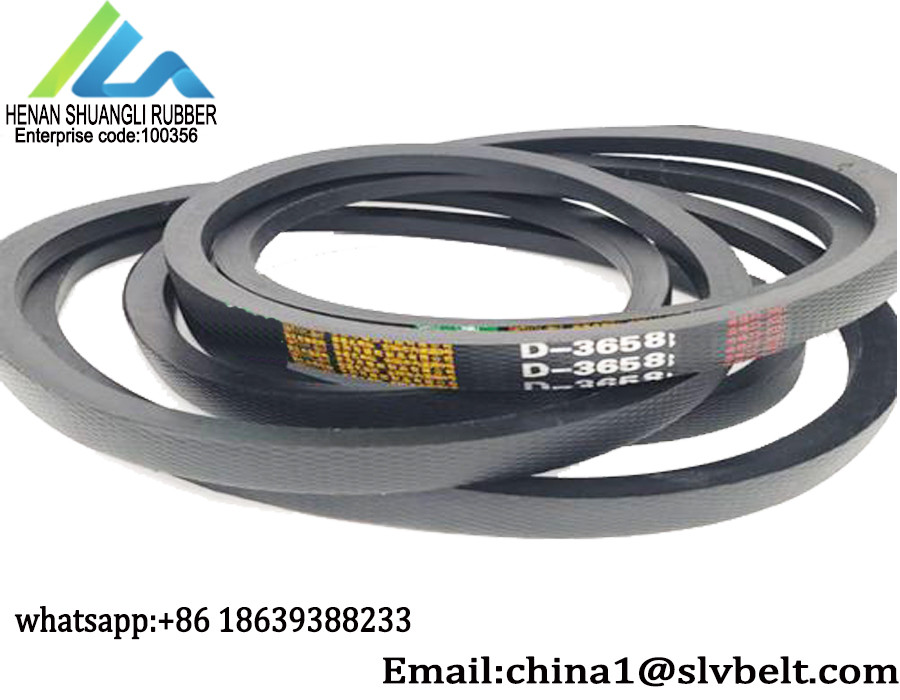 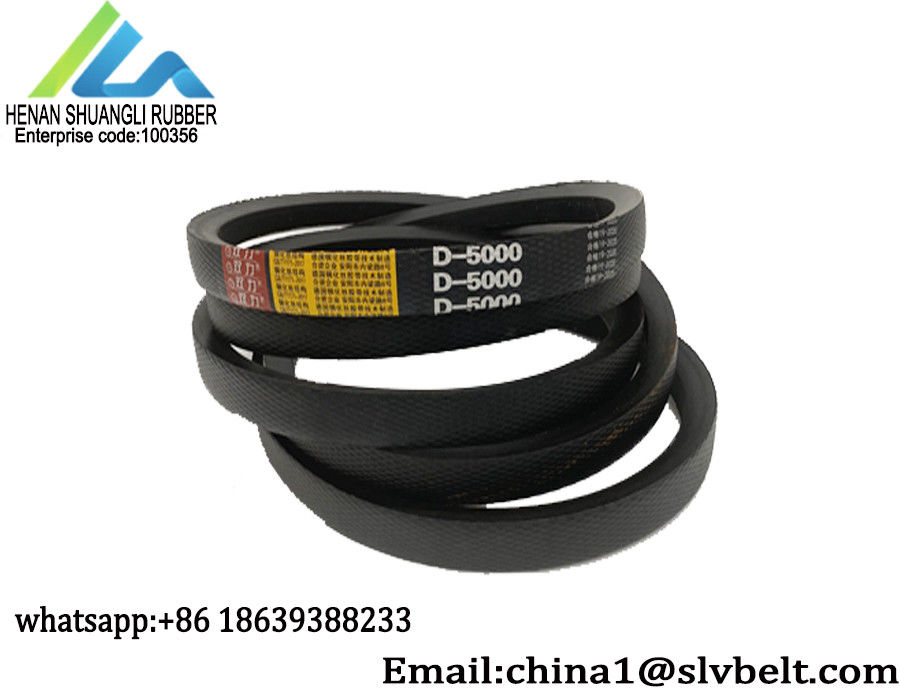 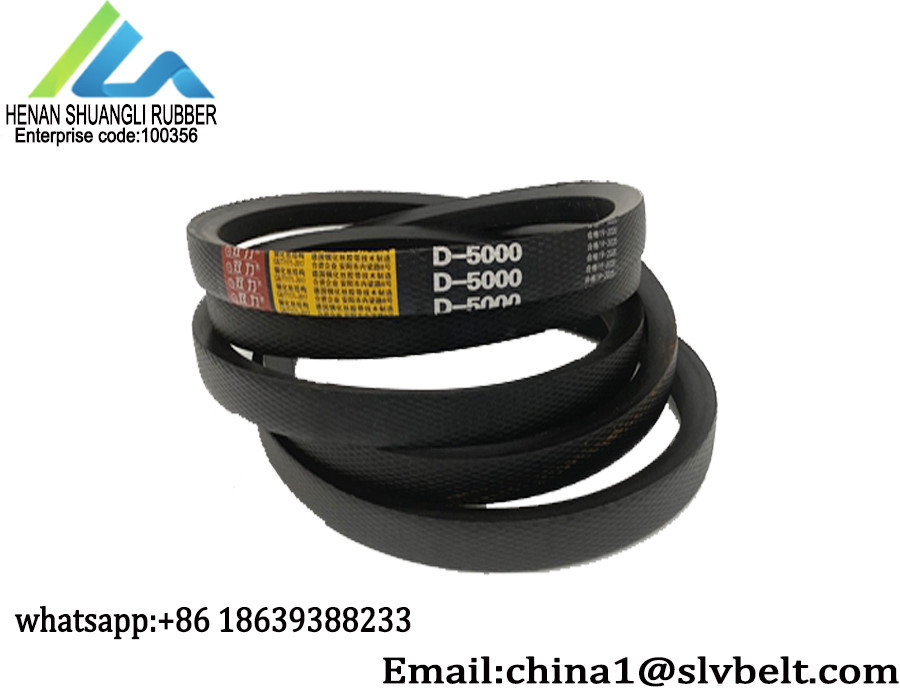 Classical D section V-belts are exactly that, classic in design and application. The classic D v-belt is the most tried and true style of v-belt in the market. Originally designed to replace leather belts in a variety of industries including agriculture, facility maintenance, heating ventilation and air conditioning (HVAC), and lawn & garden. Also known as a light-duty v-belt, they are designed with a 40° angle to "wedge" the belt into the groove of the pulley. The greater the load, the greater the wedging action. The manufacturing process combines a rubber compound with a polyester cord to increase strength and stability. Industrial V belts lend themselves to the efficient and safe operation of all kinds of industrial process equipment. They can be applied in agricultural equipment, mining equipment, in generators and in many other contexts. In combustion engines, V belts are often applied as timing belts, which are used to regulate the operation of an engine. V belts can also be used as conveyor belts, though they are more commonly employed as power transmission tools.